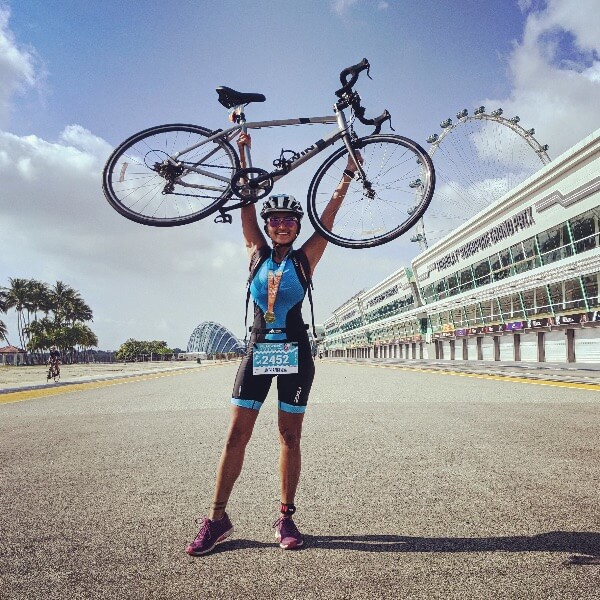 Adithi and Yiamunaa have very different goals, yet train together under the watchful eye of coach John. We caught up with the both of them to see how their training has been affected by the lockdown, and what they’re doing to get back on track.

Tell us about yourselves!

Yiamunaa (M): My friends call me Muna. I work as a Research Officer in a hospital, which means a lot of hunching over computers and lab benches. Sometimes I move supplies from point A to point B.

Adithi (A) : I work as an Analyst, so I am also desk bound and unfortunately I don’t get to travel much, even before the Covid outbreak.

How and why did you start training at Level?

M: I found Level while on Classpass and was quickly hooked on the Metcon 60 (now Skill) classes; mainly John’s and Faye’s. At the time I was rationing Classpass credits to attend those sessions almost 3 times a week, so it made more sense to just buy a package. I was introduced to Coach Wu’s barbell classes shortly after and it quickly became one of my favourite training sessions.

A: I’ll be honest- The Christmas Promotion at the end of last year caught my eye! I wasn’t actually looking for Personal Training but after the first 2 sessions, I realised how much I would benefit from having some personalised training. I now train with Muna and Chelsea in a small group with John!

Were there training goals you wanted to achieve?

M: When I first started working with John on an individualised program, it was mainly because I felt like I had reached a plateau in terms of the amount I was lifting during the Skill classes. I wasn’t enjoying it as much because I didn’t feel like I was progressing (after 8 months of only classes), and I wanted to find out why I wasn’t moving more weight and how I could move weight better.

A: I wanted to get faster at running, biking and swimming! Over Christmas last year, I signed up for 5 races in 2020 (that didn’t age well), and at the time I definitely needed both
the endurance and strength to do it. 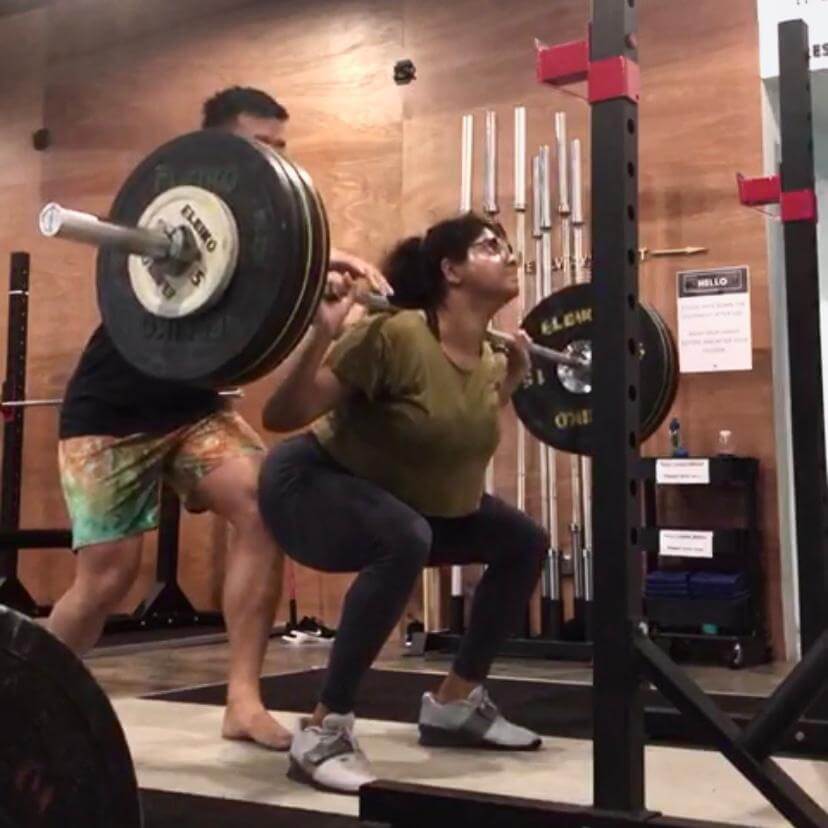 How did training change for you in the middle of the circuit breaker?

M: Not having the ritual of heading to the gym after work and being home most of the time made me lose some motivation to actually train and move. It definitely required more discipline out of me to be on track and mindfully choose to set time aside to workout. I started working with John on a remote coaching cases, and it helped to know that I was going to be receiving a program to follow, complete and be accountable towards.

A: I did no strength training at all, and focused on my running training. My goal was to run 30 km a week, so I ran 4 days a week, with at least 6km a day. I also did some speed work.

Now that we’re back in the gym, how has the process of training been? Were there changes from before?

M: Training feels more normal now! Being back in the gym and having all the equipment I would normally need for my training session has made training more accessible and enjoyable. However, the lack of equipment during the Circuit Breaker was a blessing in disguise as it allowed John to program sessions that focused purely on movement quality and complexity. This has translated into my current training in the gym. My numbers haven’t increased by much, but the quality of my movement has increased significantly (from not being able to squat without lifting shoes to not needing them to squat now)!

A: It’s gone back to the way it was pre-Circuit Breaker. My initial goal this year was to do an Olympic Triathlon in under 3 hours. But now my goal is to stay consistent with my running and train to main my strength gains. 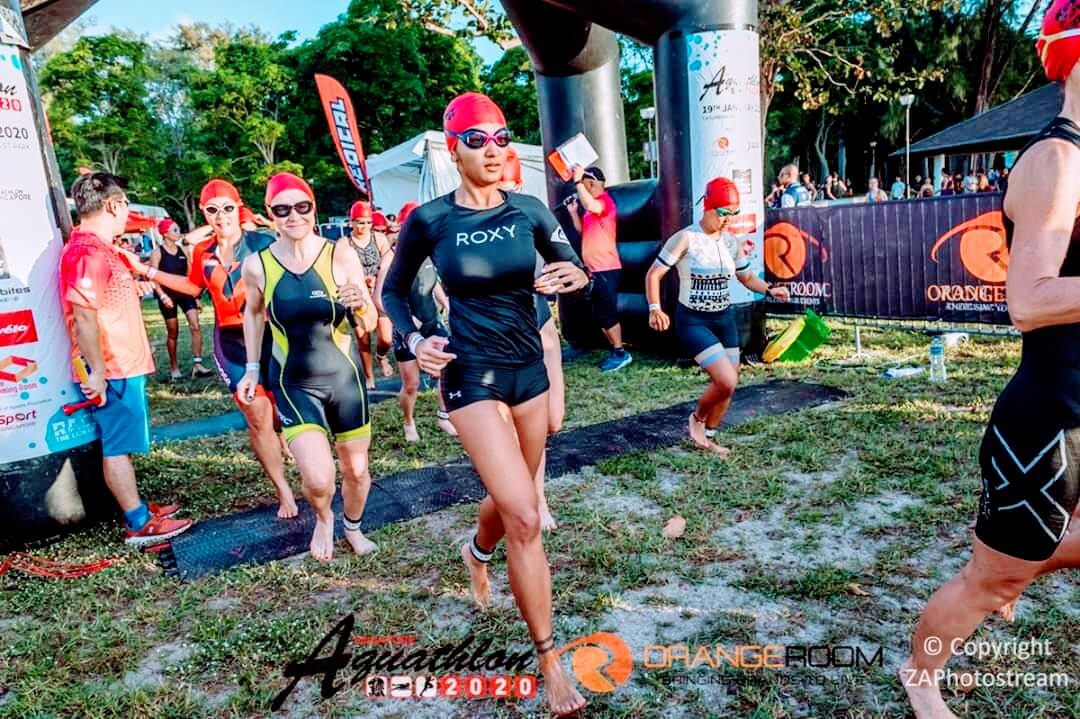 How would you describe your training sessions at Level?

M: I’ll start with some stretching and moving with an empty barbell. I’ve developed a nice rapport with the Small Group I train with (Adithi and Chelsea), so we’ll start joking around and complaining about being ready to go home because the warmup is tiring enough.

A: No lies there!

M: We’ll eventually suck it up and start training which is usually a slight progression from the week before but somehow it always surprises me when I see it. Throughout the session, John will be going around the gym to give cues to follow or correcting our movement when needed. Some days, if I’m not having a good session, John tweaks things around to focus on foundational movement to get back in to it safely. On the other hand, if things are going well, John might also give alternate instructions to test our limits more.

A: Muna and Chelsea are much stronger than I am but all our training is very different and personalised. The girls have a lot more weightlifting movements thrown in, but John programs more single-leg work for me as an endurance athlete. I also do a bit of chest and lat work and that’s been great for holding posture as I run. I like that I have 2 other people who train with me because I feel guilty if I rest for too long and I see them killing it.

M: The programming and coaching is very balanced, and also takes into account my mental and physical state for the day. In addition, Level seems to be one of the few non-CrossFit gyms to have regular classes for Olympic weightlifting, which I’ve been enjoying learning from Coach Wu. With John being a weightlifting athlete himself, his programming complements my training with Wu as well.

What have you gained from your training sessions at Level?

M: My biggest takeaway from training here has been that it’s not about the amount of weight you move, but the way you move the weight. After having bad movement patterns corrected, the amount of weight increased very naturally for me. Understanding this helped in my training mentality; I’m not going heavier because I feel like I have to lift heavier, but because the increase in weight stems from how well I move that day. By extension, I’ve accepted that there is no shame in reducing the weight if it doesn’t feel right.

A: There has been a noticeable improvement in my running pace after starting strength training here! I don’t have a specialist running coach, so I mix my runs with slightly higher intensity runs (at zone 2 heart rate) to track my progress in my pace. John handles the strength bit, which has seen a carry over to my running.

Our personalised approach to fitness takes into consideration more than just what you bring in on the physical front. Muna and Adithi continue to gain momentum in their training despite the disruptive events we’re all going through, and we’d love you to get on board as well! If you’d like to get a ticket for the gain train, send an email to trial@level.com.sg. 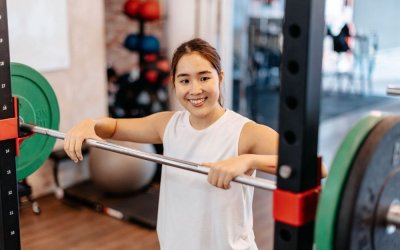 6 Things I Wish I Knew before Starting my Fitness Journey

Our female trainer Krystle shares six tips for beginners at the gym – useful for anyone just starting on their fitness journey!

END_OF_DOCUMENT_TOKEN_TO_BE_REPLACED 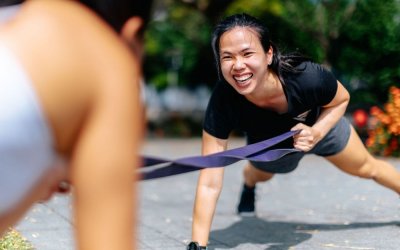 We caught up with Hannah through a screen to talk about life beyond it; her love for adventure, exploration and helping others feel the same way she feels while doing that.

END_OF_DOCUMENT_TOKEN_TO_BE_REPLACED 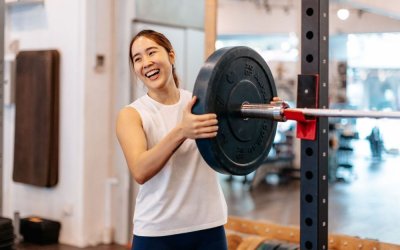 The ex-powerlifter Krystle works with female clients, changing their mindsets about working with barbells, and uses resistance training as a medium to helps others feel empowered, strong and confident.