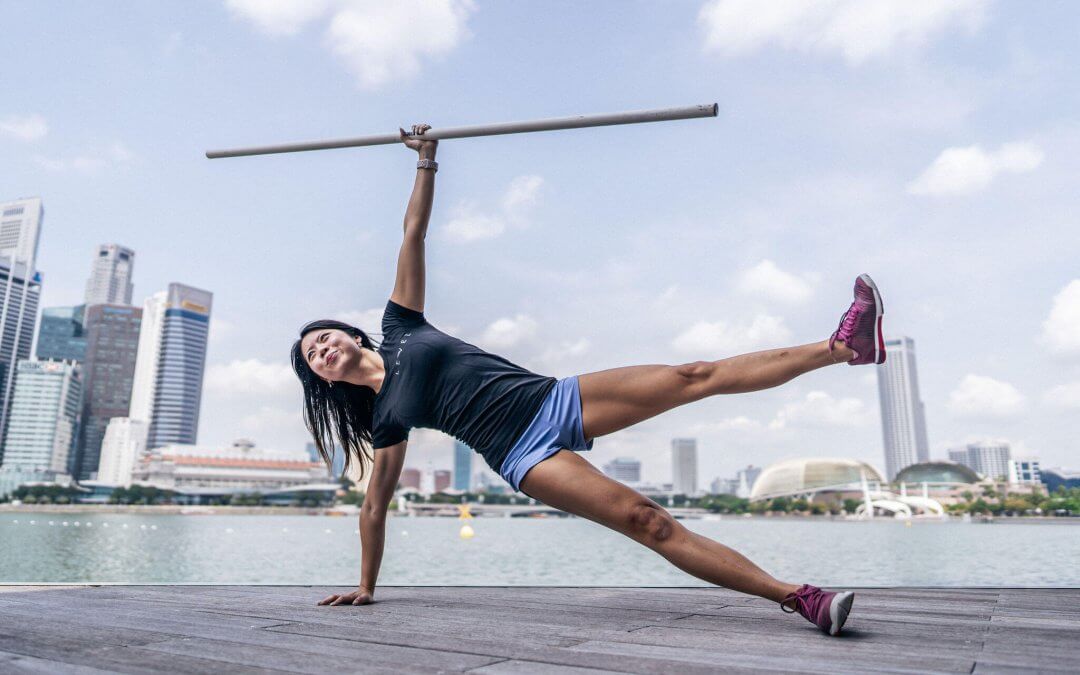 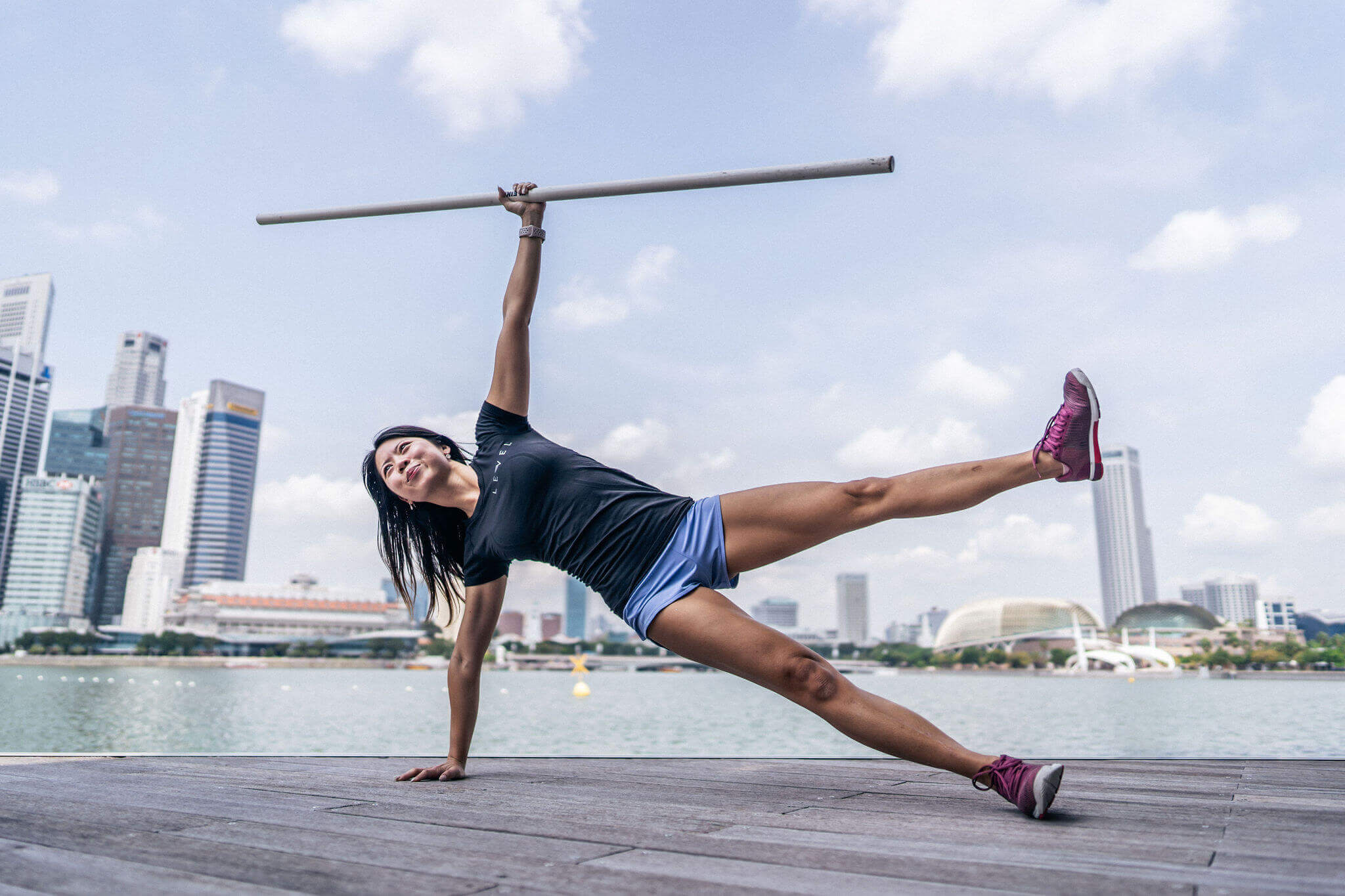 The Curse of the “Office Back”

Most of us are plagued with the curse of the “Office Back”, a shape caused by the forward rounding of the shoulders and the tightening of the hamstrings as we sit at a desk for the better part of our adult lives.

Just ask the person next to you if they can raise their straight arms above their heads and behind their ears, while making sure their ribcage stays pulled tight. They’re not going to last very long.

Push ups and the bench press are great exercises for building upper body strength, but the problem with those movements for us in the context of 21st century living is that they also contribute to tightness in your pectoral muscles, which at the moment, are what’s causing that forward rounding of the shoulders.

It’s a good place to start, but it’s not a complete answer when we look at the whole picture of upper body strength that really matters.

This problem is exacerbated by tight hamstrings caused by sitting for an extended period of time, which in turn, pulls on the lower part of the back, resulting in the common back pains you might experience after a long day of work.

These two tight muscles (pecs and hams) then cause the back to hunch over in the classic “Office Back” look. Not very sexy.

Enter the Latissimus Dorsi, or the “Lats” for short.

These two muscles run from where your triceps end at the back of your armpits to the top of your butt. Most people showing signs of an “Office Back” probably don’t know they exist. In fact, most people don’t know how to even begin using the lats!

But here’s the kicker: you’ll need them to perform a pull up. 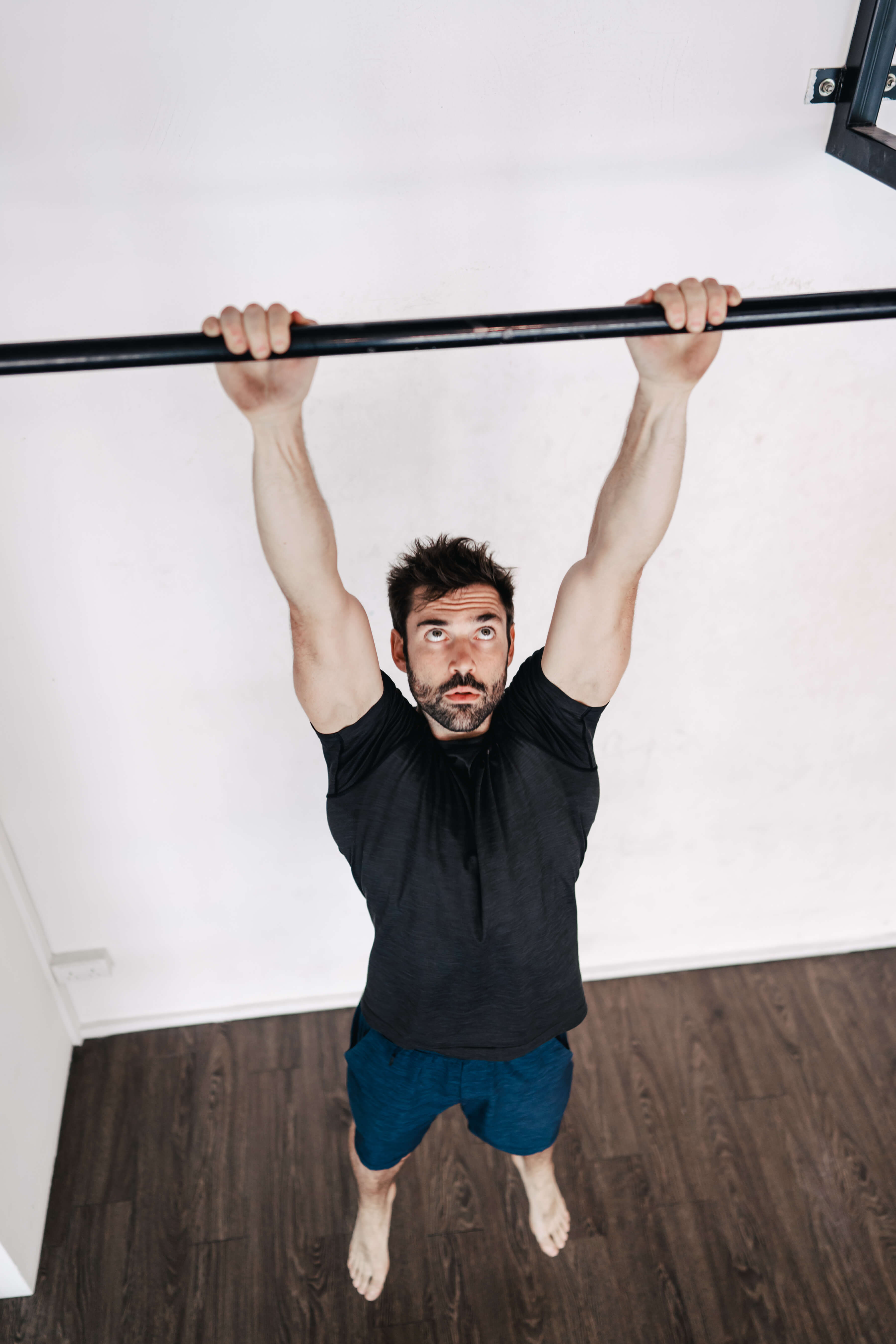 The pull up is both a great assessment of upper back strength that matters in 21st century living, as well as an indicator that an individual is cognisant of how their body works as a whole.

We’re talking about a pull up that starts with the arms completely extended and ends with the chin above the bar. Throughout the movement, we shouldn’t be feeling anything in the forearms, trapezius muscles and the biceps.

Most of the time, however, we see the forearms tense and the trapezius rising, indicators that these two other parts of the body are compensating for the lack of pure Latissimus isolation.

The isolation of the lats is something that then translates to how the individual then holds themselves outside the gym.

These muscular cords down your sides act as suspension lines similar to the cables in a suspension bridge, keeping your posture upright by pulling against the overactive pectorals and hamstrings.

It’s not just for the pull ups! The lats stabilize against all sorts of human movement: bending, hanging, pushing, holding and twisting.

The next time you’re in the gym, do a thing or two for your lats. They’ll help you do a lot more.

6 Things I Wish I Knew before Starting my Fitness Journey

Our female trainer Krystle shares six tips for beginners at the gym – useful for anyone just starting on their fitness journey!

How Much Does A Personal Trainer Cost in Singapore?

To give you an idea of how much to pay for a personal trainer, here’s a back-of-the-envelope summary of average costs based on the prices of personal trainer in Singapore.

How to Set Up Your Home Gym

Let’s face it: we’re in this for the rest of the year. With all the gyms in Singapore possibly reopening with some kind of capacity restriction, we’re already in an unprecedented winter— and it’s here to stay.

What is More Important for Losing Weight? – Diet or Exercise?

I’d say the first step to seeing change starts with exercise, simply because an hour three times a week is more actionable at first.

Can I Gain Muscle and Lose Fat at the Same Time?

A better question whould be what is the optimal condition you need to be in to perform your day-to-day function.