Purchase your class packs here, or book via Classpass! 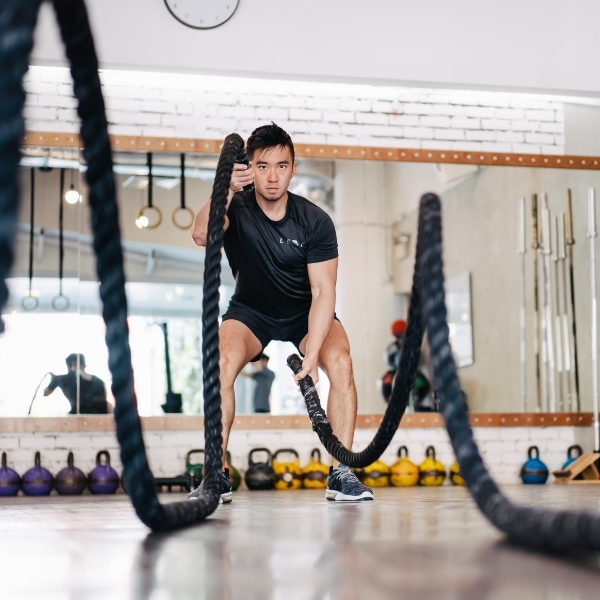 Movement is a gift, and our Sweat classes allow you to get straight in on the action.

Sweat is High Intensity Interval Training (HIIT) at its finest, and as the name suggests, bring a change of clothes.

This class runs for 45 minutes, and is open to all levels. Sweat classes are led by George and Jeff. 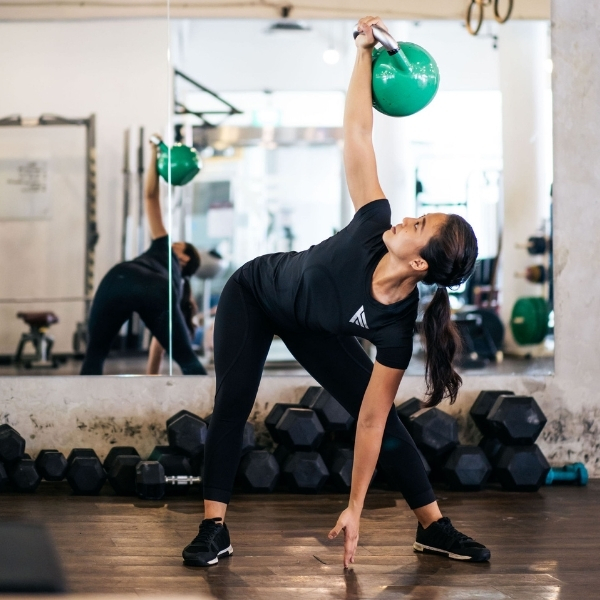 If you’ve never stepped into a gym, this is a technique-focused class that will help you understand the language of movement: Push, Pull, Hinge, Squat.

Structure classes are fundamental movement classes where we teach you how to move with classic gym equipment like barbells, dumbbells and kettlebells.

This class runs for 45 minutes, and is open to all levels. Structure classes are led by Daniel, Sabrina and Tiffany. 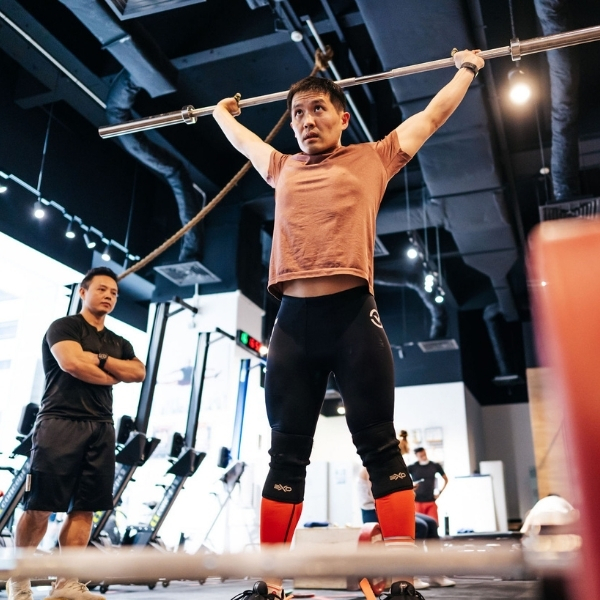 Structure+ is an addition to our repertoire of Structure classes, with an added focus on coordination and weight transfer skills.

Structure+ builds on the knowledge of the hinge, squat, push and pull, elevating those techniques with concepts of explosiveness, agility and coordination.

This class runs for 60 minutes, and is led by Coach Wu ChuanFu, former coach of the Singapore Weightlifting Team.

Skill is our flagship class and are led by coaches who are or have been competitive athletes. 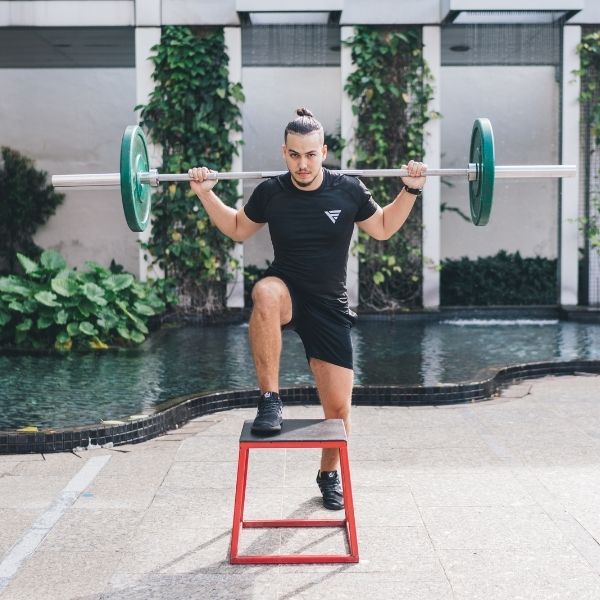 Skill classes are aimed at bringing your physical skills in weightlifting, gymnastics and metabolic conditioning to a level you’ve never dreamed of before. Skill classes are more demanding, with movements like rope climbs, barbell cycling under fatigue and Interval Weight Training.

This class runs for 60 minutes. Skill classes are led by John, Tiffany, Sabrina, Erik and Daniel.

You must be able to do a STRUCTURE class comfortably before booking this class. 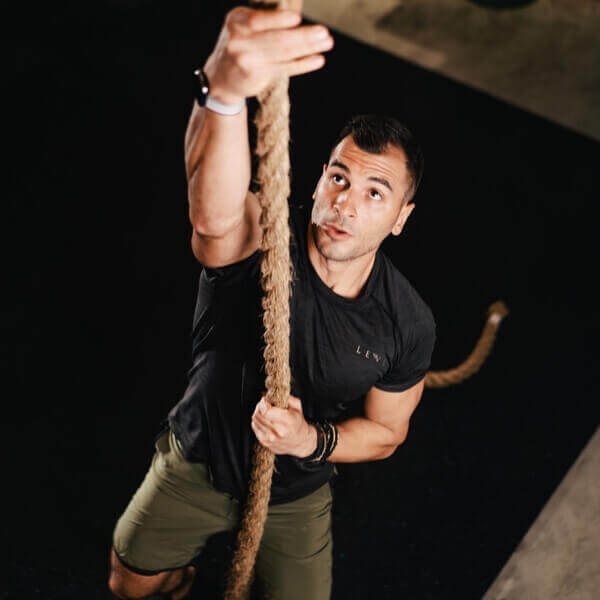 Our Spartan Skill class is a 60 minute session where we go deep into the mechanics of the Skill portion of the Spartan race.

We’ll break down the levers behind crawling, rope climbs, monkey bars, grip and carries in a way that takes the guesswork out of your problem areas, so you can focus on what matters: the race.

This class runs for 60 minutes, and is led by George. 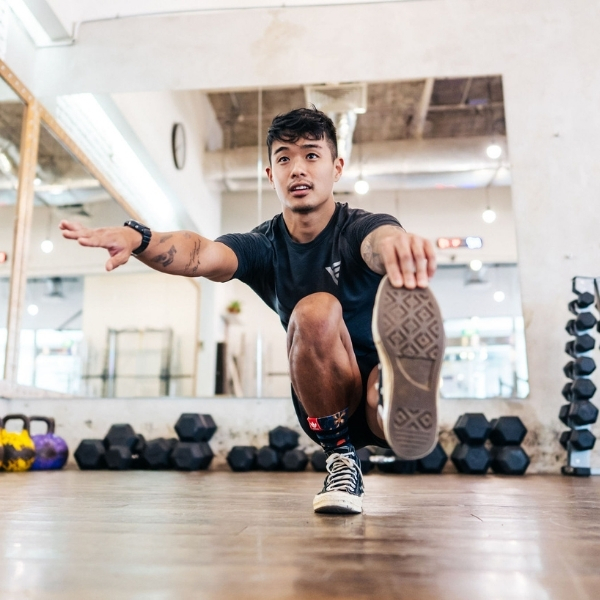 Our Calisthenics Skill class retains the mastery and consistency of our Skill classes with a higher focus on upper body strength and control.

This class meets you wherever you are in your Calisthenic journey and builds on it, bringing you closer to classic movements like the push-up and pull up, as well as developing more advanced skills like muscle ups, levers and planches.

This class runs for 60 minutes, and is led by Kenneth. 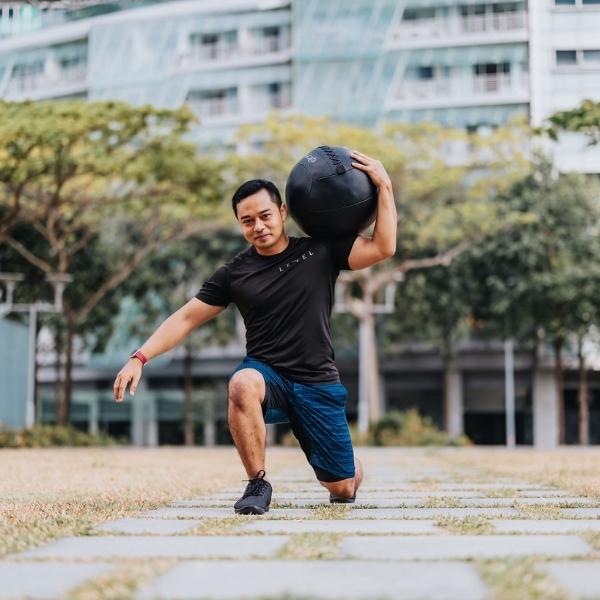 Phil on the Field brings back an old-school classic bootcamp.

Be prepared to squat, crawl, lunge and sprint your way through this 45-minute class, set against the backdrop of Marina Bay. A yoga mat or towel is recommended if you’re icky about dirt. Showers are available at our 14 Robinson studios after your session.

This class will be held in The Lawn, at Marina Bay. A 5 minute walk from our Robinson studio and accessible by Raffles Place MRT or Downtown MRT.

Handstands with Lorne is for those looking at achieving their first handstand or seeking to fine-tune their technique.

This class is structured to take students/ participants from the fundamentals of good body alignment and wrist preparation to conditioning work.

You can expect overall fitness gains as you learn how to build the necessary strength, flexibility and techniques to execute a proper handstand.

This class is 60 minutes long and is led by movement specialist Lorne Peart.

It’s hard to describe what this class entails, because movement at its rawest form is something we’ve all unfortunately lost touch with. We know of movement through mediums like sports, dance and basic human locomotion (the getting from point a to b), but we’re not adept at really going deep into our bodies and understanding what goes on at a very primal level.

There are very little words to describe this, because things at that base level are intuitive and hard to explain. We lose touch with that the older we get and the more we lock ourselves into patterns that define 21st century living. We idealize advanced movements like handstands, muscle ups, acrobatics and Olympic weightlifting, because complexity is sexy.

Move with Lorne is an exposure to concepts, drills and games that make people more capable in their own bodies. Is it the secret to eternal life? Perhaps not, but you might find out some secrets your body’s been hiding from you.

To welcome first time clients to our studios, enjoy three of our classes for $75 with this pack!

Valid for new clients only. One purchase each.

Purchase your class packs here.
Book your classes in advance to avoid missing out!

From November 2021, class sizes will be limited to 6 pax per class for in-studio classes and 9 pax for outdoor classes.

Because of the reduced class size, we ask that you cancel at least 12 hours in advance should you be unable to make the class, as you not doing so will greatly affect someone else’s chance of attending the class.

If there is a no-show, we will strike an additional class (including the one you missed) from your package as a deterrent measure (so that’s two classes we’ll strike off).

If there are less than 2 pax, we reserve the right to cancel the class with 12 hours notice.

Click on button below to book our Livestream classes via Classpass

Book our classes directly from the Mind Body Online App.